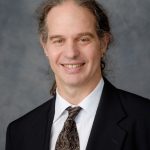 My first year as Chair has gone well thanks very much to the great faculty and staff here and having a great Associate Chair, Oana Jurchescu. This will be a big year with our search for two new tenure-track faculty. The department continues to grow and do well.
I enjoyed teaching Biophysics last year with Martin Guthold. We had a great bunch of students and it was fun incorporating some group problem solving in that class.
My lab is doing well. A few undergraduate students graduated last year: Caroline Vath and David Ostrowski who completed an honors thesis and won the Speas award. This past summer I had four undergrads working in the lab: Fernando Rigal, Chloe Harty, Aryatara Shakyra (from Salem College), and Lauren Hobson (from UNC). They are all still working in the Lab this fall except Lauren. They did a great job working with Swati Basu, Nadeem Wajih, Andreas Perlegas, and Howard Shields along with grad student Ellie Alipour. We are presenting results at the NO meeting in England in September, the Carolina Biophysics Symposium in October, and a Gordon Conference in Ventura CA in February.
My oldest son Soleil decided to major in computer science at the Engineering school at NC State as he starts his second year there. My other two boys are in high school. My wife Lisa is still working hard as a Pathologist at Wake Forest. The highlight of our summer was probably the trip to NYC where we stayed downtown and played tourist.

I bumped into alum Michael Font at a talk I gave at the medical school here; he is a resident there now. I love when that happens. 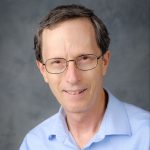 Last year was a good year.. A paper with a former student, Dillon Sanders(B.S. 14), and an external collaborator, Emil Mottola, was published in Physical Review D. The topic was particle production in the presence of a strong electric field and also in models in which the universe expands exponentially for a period of time. A paper on work with graduate student Richard Dudley and two external collaborators, Roberto Balbinot and Alessandro Fabbri, was very recently submitted for publication in Physical Review D. The subject is Bose-Einstein, BEC, analog black holes. The idea is that under certain conditions a BEC can mimic mathematically some of the properties that a black hole has. The advantage is that, unlike black holes, BEC’s can be studied in the laboratory. This work involves using a simple model to predict what types of structure experimenters might find under certain conditions in a quantity they can measure called the density-density correlation function.

Last winter undergraduate Robert Link joined our small research group. Both Robert and Ray Clark worked with me during the spring semester on different projects and both applied for and received WFU Undergraduate Research and Creative Activities grants which allowed them to spend most of the summer doing research. Robert worked mostly on a project that involves studying the effects of particle production which occurs due to a strong electric field. It is known from previous work that the created particles accelerate and in the process create a counter electric field which then damp the original field. The goal in this project is to determine whether one of the important approximations used to determine the effect on the background electric field is valid. Ray worked on a project that involves computing the details of the particle production which occurs when a spherical shell of photons collapses to form a black hole. Although this is not how black holes actually form, it serves as a simple model of the collapse process and is providing us with insight as to how the particle production might work in the more complicated cases of collapse of a star to form a black hole.

Ritchie Dudley and l gave talks and Ray Clark presented a poster at the American Physical Society Meeting in Columbus last April. I also attended two weeks of a three week workshop on cosmology in Stockholm, Sweden in late July and August. There I gave a talk on the paper mentioned above with Dillon Sanders and Emil Mottola. 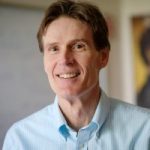 Keith Bonin completed his last year (of 10) as Chair of the Department on June 30, 2017, and so the past year was spent on sabbatical to conduct research. Over the past year he wrote two papers as the corresponding author that were accepted in peer-reviewed journals. One paper concerned structured illumination to measure chromatin mobility in cancer cell nuclei. The other paper was on the development of an optical trap created using a standing wave Bessel beam. Both papers had student co-authors who worked on the related projects. In addition, he gave two oral talks at international conferences – one in San Diego and the other in St. Petersburg (Russia). In addition, Prof. Bonin submitted 3 grant proposals last year as co-PI with other scientists, and one was awarded from the NIH, beginning Sept. 2018, to study chromatin dynamics in 3D using some novel optical methods. Finally, on July 1st, 2018, Prof. Bonin started working in Reynolda Hall as the Associate Provost for Research and Scholarly Inquiry. This past year Prof. Bonin mentored or co-mentored 9 undergraduate, and 2 graduate, students in research. 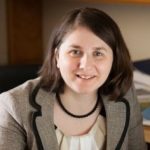 The Jurchescu research group welcomed one new graduate student this fall (Ryan Sullivan). Five undergraduate students and one graduate student graduated in May 2018. Dr. Zach Lamport is now a postdoctoral researcher at Wake Forest University, four undergraduates continued with graduate school (Sajant Anand at Cambridge University, Shengcheng Chen at UC Berkeley, Katrina Barth at Duke University and Ben Scharmann at Georgia tech) and one works in industry (Laura Jennings, Dow Corning). Katrina won a graduate research fellowship from the National Science Foundation that will support her PhD studies at Duke, Sajant won the best presentation award at the American Physical Society (APS) March Meeting and the WFU Archie Student Award. Angela Harper was awarded the 2017 LeRoy Apker Award, in recognition for outstanding achievements in Physics. This award is the most prestigious award given by the APS to an undergraduate student. Angela was selected for her contributions to printed electronics research and outstanding leadership of the Society of Physics Students and Society of Women in STEM fields. 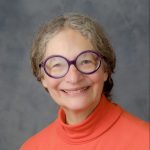 Jason Howard completed his thesis on “First-Principles Simulations of Solid State Battery Materials” and received his Ph. D. in May 2018. In September 2018 he began a postdoctoral position at Argonne National Laboratory. Ahmad Al-Qawasmeh completed his thesis on “Ab Initio Simulations of Idealized Solid Electrolytes in Lithium Ion Batteries” and received his Ph. D. in August 2018. He has returned to his home in Jordan where he is continuing some research projects and applying for various employment opportunities. Yan Li is continuing her second year of materials modeling research. 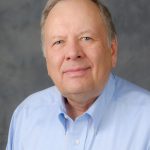 I spent the 2017-18 academic year on research leave, only the second of my career. After spending seven years in administration and (over)due for a leave, I faced a decision: should I use this leave to get back up to speed in my old research areas or go in a new direction?

First a little context. Computational condensed matter has moved a long way while I was in administration full time. Catching would easily take the entire year, with little to show at the end. Also, though I am no longer Chief Information Officer, I still have a half-time appointment as Director of Academic and Instructional Technology for the College; in this role I lead a team of instructional technologists to help faculty enhance their teaching through effective use of technology-enhanced pedagogy. Finally, upon returning to teaching in 2014, I experimented with a radically different approach to teaching: flipping my class. This approach has worked remarkably, with my students enjoying it more and learning much more. With my colleague Jack Dostal, we have been able to document huge improvements in learning with this approach to teaching and learning.

With all that in mind, I chose to make my research leave topic physics education, exploring what about this approach to flipped classes results in such remarkable improvements in learning. I also wanted to discover ways to make it better still. Sharing these findings will make it easier for other faculty to adopt this approach. This choice of topic means the three aspects of my work reinforce each other. My scholarship on this topic helps my teaching, and both position me to better support other faculty in my academic technology role.

The leave was exciting, but I am delighted to be back in the classroom this fall. The department chose to spin off our flipped sections of General Physics as honors sections!

Hope to see you all at Homecoming. 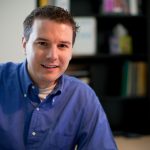 The Thonhauser lab got another grant funded from NSF, focusing on fundamental work to improve the description on van der Waals interactions in density functional theory. The grant sponsors a postdoctoral research associate, who joined our group in November 2017 such that our group now consists of 2 postdoctoral research associates, two graduate students, and three undergraduate students. However, the majority of work over the past couple of years has gone into establishing the WFU Center for Functionals Materials. Prof. Thonhauser has shepherded this center application through the “Center Planning Year” and on July 1, 2018 the center was officially established at WFU with Prof. Thonhauser as the founding director. The goal of this center is to provide a common platform for all researchers at WFU who have an interest in materials, bringing together several departments, also joining the various campuses, and even including the medical school.

Other articles from this newsletter